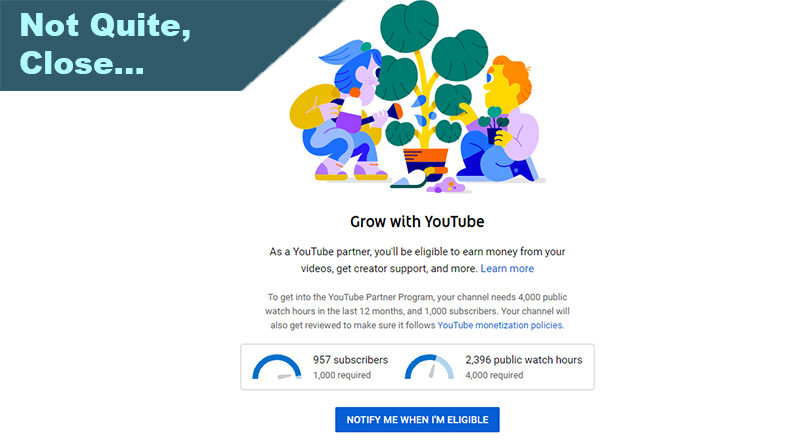 WriterSanctuary is about to hit the 1,000 subscriber mark. But, the channel doesn’t have the watch time to enter into the YouTube Partnership Program. That’s because I need 4,000 hours watched within a 12-month period to monetize YouTube. However, I could have hit that mark long ago with a bit of effort.

Though, I doubt I would make that mad YouTube money that so many YouTubers rely on. I’ll get to that in a second.

However, it does bother me that I could have easily made the YPP if I would have stayed consistent with developing videos. Let me show you how.

And yes, I’m about to geek out with a few numbers. So if math isn’t your thing, you may want to move on. Don’t worry, this is all pretty basic.

Contents hide
4,000 Hours to Monetize YouTube
Subscribers Boost Watch Time and Engagement
Why is it Taking So Long to Hit 4,000 Hours?
What Can I Do to Monetize the YouTube Channel Sooner?
Upload On a Consistent Schedule
Taking a Look at Month-to-Month Videos
More Engaging Live Streams
How Much Am I Expecting to Make Per Month After Monetizing YouTube?
This Is Not Entirely Accurate
I Have My Work Cut Out for Me

A few years ago, YouTube made it far more difficult to monetize a YouTube channel. The requirements became 1,000 subs and 4,000 hours of watch time consistently inside of a 12-month period.

This breaks down to:

See, even if I hit 77 hours this week, it’s not a consistent average. I still need the 4,000 hours total within the last 12 months. Unless I drop a video that goes incredibly viral, I estimate I won’t be able to monetize the YouTube channel until sometime in January of 2022.

Oddly enough, subscribers only made up 21.4% of the total watch time on the channel in 2020. Usually, this is the other way around as subs usually make up the majority of viewership.

This goes to show me two things:

At any rate, even with 21% of subs watching videos, more video content would have equaled more watch time overall.

Even now, in 2021, subscribers are making up 24.2% of the watch time. I think the growth in this is due to the fact that I’m live every Monday.

Going live once a week has definitely made a difference on watch time. Otherwise, it would take me longer to reach 4,000 hours.

Given the content I create, there was very little chance of getting into the YPP within six months. For the niche I dove into, there just isn’t enough interest.

Granted, my viewers are dedicated and appreciate the topics I cover, for the most part. But, it’s not something that is widely looked for in terms of information or entertainment.

At least, not like some of the other channels that are on the platform.

Over the last 2.5 years, I’ve come to realize the top reasons why I still don’t have the 4,000 hours I need to monetize the YouTube channel with AdSense.

Too Focused of a Niche

First of all, most of my videos center around using the Textbroker content mill. I’m somewhat of an expert using and succeeding with Textbroker, having made a full-time income and all.

Don’t get me wrong, it’s kind of cool that I am the go-to source for anything Textbroker related. And I love getting the “thank you for this” comments on my Textbroker videos.

But, just focusing on that one particular topic is not going to help reach the watch time I need. Instead, I should have focused more on freelance writing and blogging in general.

All of these YouTube experts say to “stick to a particular niche.” Unfortunately, I know from experience that sometimes you can niche down way too far in your content.

My Textbroker supporters are focused and engaged. But, they’re not getting the videos up to 4,000 hours of watch time.

Not Enough Consistency When Publishing

And secondly, I don’t have the most consistent publishing schedule. If I would have stuck to publishing a new video every Monday, Wednesday, and Friday, I would have easily hit the 4,000 hours of watch time.

The video content on WriterSanctuary isn’t all that riveting or mind-boggling. It’s not like watching Slo-Mo Guys, where you could watch a single video over and over because it’s amazing.

Most viewers get the information, learn something new, and then move on.

And having a reliable schedule may have made a difference on sub-watch-time as they could dedicate whatever time slot to view the content.

In fact, it’s one of the things I teach about blogging and the importance of a publishing schedule. Not only does it generate a dedicated fan-base, but it makes the YouTube algorithm happy.

Because if you’re not pushing out videos on a regular basis, your channel isn’t promoted as often in search or the recommended feed.

Why recommend a channel that isn’t active?

What Can I Do to Monetize the YouTube Channel Sooner?

But, the data also tells me what I need to do to boost watch time much sooner.

Upload On a Consistent Schedule

On months I was more consistent with uploading, there was a slight increase in watch-time. With the exception of October 2020, every month I uploaded at least 5 videos saw growth of some kind.

Currently, I’m trying to maintain uploading videos every Wednesday and Friday with Monday being live streams. And this month, the live streams make up 22.7% of the watch time, which is double that of November of last year.

Of course, a big chunk of this growth is determined by the overall topics of the videos. Which brings me to…

Taking a Look at Month-to-Month Videos

What I really need to do is set aside some time and take a look at each month and the videos that were uploaded. Some months saw grandiose explosions of growth, while others saw major declines.

Obviously, this is in reference to what topics I uploaded. Because a crap video that no one wants to watch, or a random video that lacks engagement isn’t going to do well.

Looking at those months with engaged audiences will show me which videos are the most effective. Then, I need to double-down on that type of content. Or, at least find a similar topic or expansions thereof.

Since live streams do make a huge chunk of watch time, I need to come up with topics and ideas that are engaging and will keep people watching. I’m also toying with the idea of changing the time I go live.

It seems a lot of people who watch me do so at bedtime, which leads me to believe most viewers are on the East Coast.

At any rate, I want to make sure viewers don’t get bored of me. It’s all about keeping them watching for as long as possible. And no one wants to watch paint dry.

How Much Am I Expecting to Make Per Month After Monetizing YouTube?

So, when I finally meet the requirements to monetize the YouTube channel, what can I expect? Can I retire early and buy big houses and nice cars?

Probably not. But, that’s because I’m a realist.

Unfortunately, I don’t know how much YouTube AdSense pays out compared to blogging. But if I use WriterSanctuary.com‘s numbers for ad revenue, it’ll be a while before I can quit my day job.

For this example, let’s compare views. In 2020, WriterSanctuary had 39,158 views for the content on YouTube. According to AdSense, the blog had 37,830 ad views during the same time.

According to current growth trends, the channel should hit 6,799 views by the time it also reaches 4,000+ hours average per year.

Kind of discouraging, right? How do YouTubers afford nice houses and cars? When you’re able to monetize YouTube, it’s not a guarantee you’ll make tons of money.

It’s All About the Traffic

Consider how someone like Philip DeFranco received 698,000 views on a video he uploaded 18 hours ago. If we take the same AdSense numbers, that single video netted $1,849.70 so far.

Also keep in mind that many of these creators, such as Philip DeFranco, have teams backing them up. Office overhead expenses, payroll, insurance, health care, etc., can all take a vast chunk of that money.

This is why most successful YouTubers also have sponsors or sell their own goods.

To make the money you see major YouTubers make, you need an incredible amount of people watching your content. And this comes from building a big audience of people who enjoy your stuff.

This Is Not Entirely Accurate

Not to mention how some niche advertisers pay more or less in advertising.

But, considering how video content is the most valuable form this year, I can only assume the values are much higher than ad revenue from a blog.

Then again, I won’t know for sure until my own channel is accepted in the YouTube Partnership Program.

I Have My Work Cut Out for Me

This means I need to consistently grow in hours watched by 3.98% each month.

Otherwise, it will take even longer. 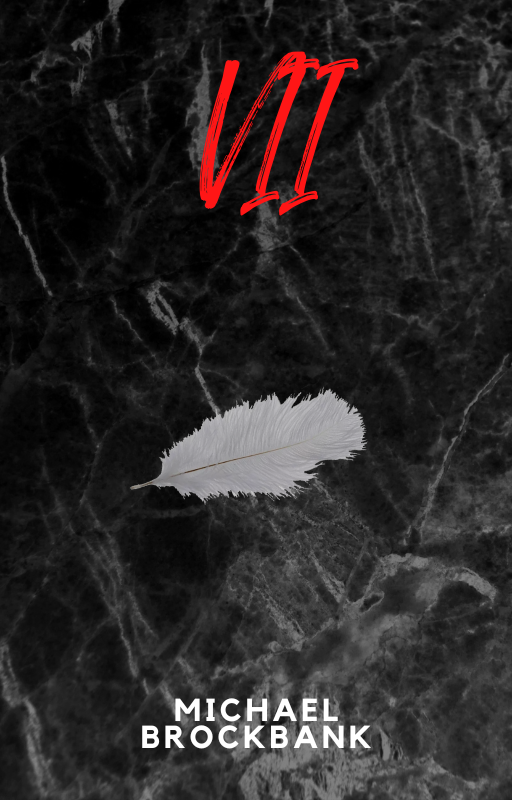